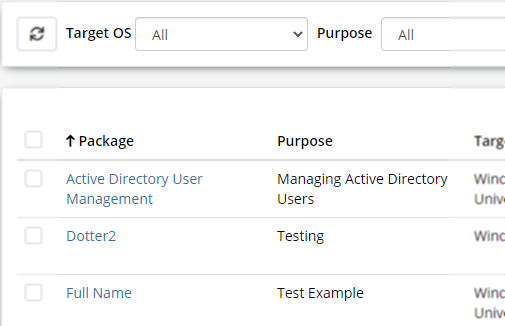 When creating custom packages, the following should be kept in mind:

It would be ill-advised to include (extremely) large files - instead, consider hosting those files on a network share and program the script to use that file/executable.

Within the Package Creator interface there is the ablity to:

A Package ID (a GUID which uniquely identifies the package) will be generated on creation.

Description and Purpose allow for searching and categorisation.

Vendor ID is currently not used - the Hornbill instance name is used behind-the-scenes though.

The configured Operations can be of various Command Types: